We are comming back with new, fresh reports from our last supertour throughout East Europe. We’ve been travelling, sightseeing and giving the concerts in the most beutiful cities of that part of the world! From Vilnius to Minsk, Kiev, to Bratislava. Wonderful places, incredible cultures and great fanbase made our tour unforgettable experience!

Ok, let’s start from the beginning! From a long time had we been planning The West Europe Tour, but getting on with all the travel legislation matters and others took so long, so when Jun 2016 came finally, all the more were we happy going to Lithuania! The flight from JFK Airport to the Vilnius airport lasted less than 14 hours and in spite of appearances it wasn’t so bad! Well, off course nobody of us likes travelling such long distances but the vista of staying in Vilnius during the world famous Festival of Street Music changed the long hours of travelling into impatient anticipation for the fun! During this nacional musicfest, music dance and all different kinds of art performances take hold on the whole country! Yes, whole Lithuaia was under the power of music those days but the real centre of everything is the capital – Vilnius – where the best musicians, dancers and artists headed for – so did we! Once we’ve gotten to to the city centre on Monday afternoon we got down to work! Because of the traffic congestions that we encountered on the way from the airport to the city centre we lacked of time so badly – in the evening we were going to give the only concert in this country so we wonted to do our best but for that we needed to have energy. Well, we were pretty exhousted and worn out but the powere the Vilinius people gave us was the best fuel that drived us to perform (don’t want to sound immodest) one of the best performance we’ve ever performed! Obviously, having a chance to participate in The Vilnius Street Music Festival we couldn’t miss an opportunity to performances of other artists from all over the world! The whole next day we’ve been visiting local clubs and just walking by the Main Street watching those wonderful musicians streetplaying! Such a shame we couldn’t stay in Lithuania more time but well… our next stop – Minsk was waiting and honestly, we couldn’t wait as well to finally meet the Belarussian public! 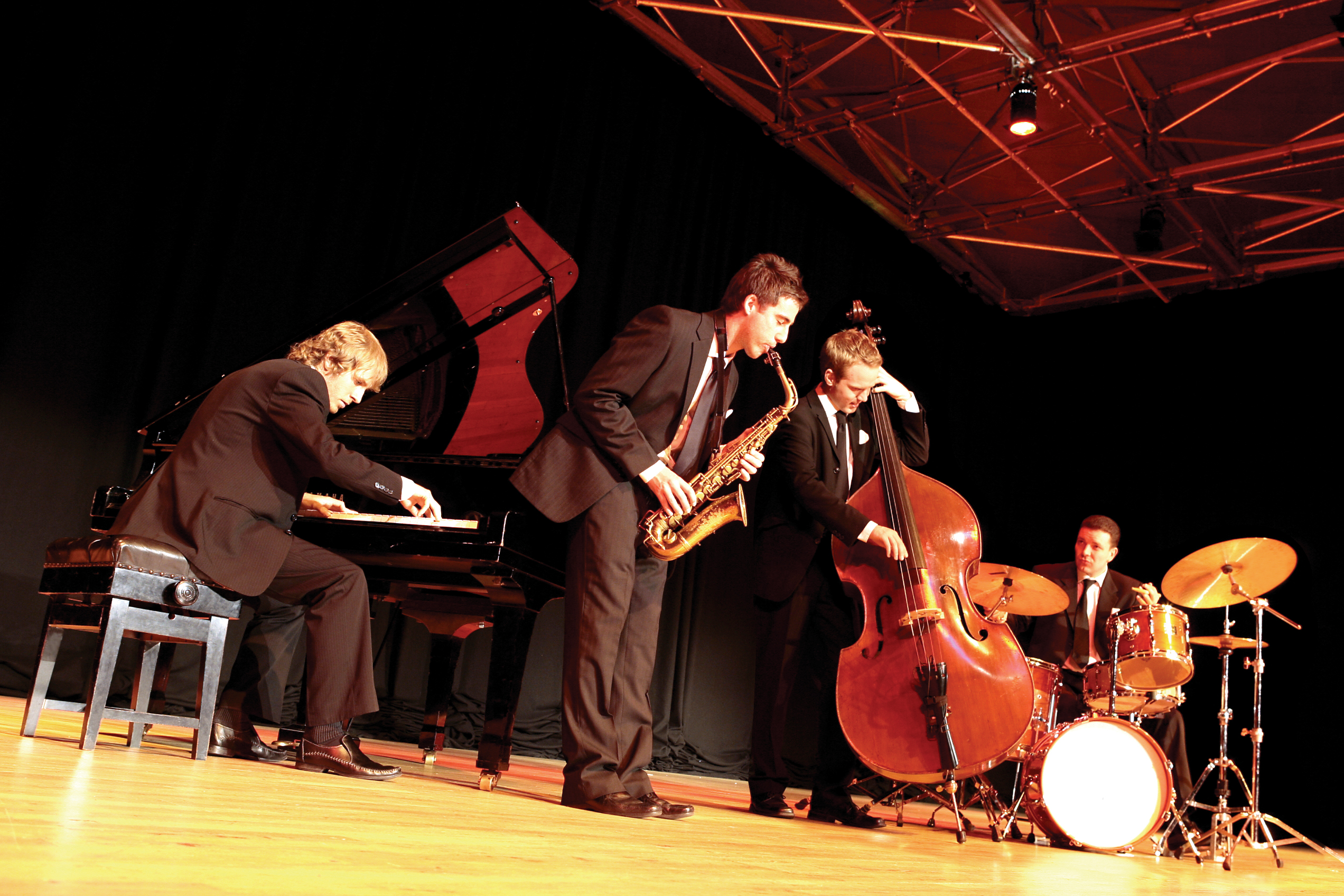 10th July, 2016 was really big day! It was the day of our very first performance in Belarus! This time, we were going to spend there four days and by the way of staying in the central part of the country we decided to learn something more about West-European history and visit a few nearby historically-important places including Niesviez and Krevo. It seemed we had so much time to hang out in Belarus but as it turned out later, our schedule was really chellenging! The first spot we were heading for was Niesviez. We were to perform in the most popular jazz club colated in the Old Town – The Silver Key Bar. It’s worth to notice what personalities had performed in the club before we did! Louis Armstrong, Charlie Parker, Miles Davis, John Coltrane, Dizzy Gillespie, Thelenious Monk, Billie Holiday, Count Basie and others! The jazz club works since 1929 nonstop and yes, this is the oldest jazz club in the whole wester Europe – at least the oldest such popular club hosting so many great American jazz musicians in the past. Guess I don’t have to tell you how proud we are being now part of this super-stellar cluster!

So, as I said, this few days in Belarus we started from giving the concert in this great jazz club in Niesviez and after that we had a really great time clubbing with the folks and wish we could schedule our tour to hang-out there much longer but well… the next day at 5:00am. we were to go to visit the saddest place in the area – The Nasist Concentrate Camp. The trip sterted very early because the camp is really huge and even a hole day is too little to sightsee it fully and learn its whole story. We didn’t have so much time time and devoted only half the day for the historical tragic place and the next half for visiting such points like UNESCO-listed Niesviez Castle, The Church of The Holly Savior, The City Hall built in XVI age, the Bernardine’s Monastery.

What can we say, the city is beautiful, the memorial places had a chastening effect on us, and the whole trip was unforgettable. The next concert we were to give was going to be not sooner then in two next days so well, we dvoted those next two days for exploring Krevo. Two days – it seems to b a lot but believe it or not – two days is almost nothing regarding such the historical city like Krevo! It seems like the city tour could last even a week! Really. „White Castle” – the oldest castle within the country, Saint Jerry’s Church, Bernardine’s Monastery, City Hall Place, Perkuns’ House, Saint Vitold’s Church, Mykolas Zilinskas’ Gallery, St. Peter’s and St. Paul’s Cathedral… trust me, this is only the beginning! Krevo has much to offer and the two days we were hanging out there were posotively too short! But since there was also Minsk that we really wanted to visit and where we finally was to give a concert! We’ve got there the third day of our stay in Belarus in the late evening , but we were too exhausted to start eploring the city right. Hwever, the next morning we got up very earlny and not wasting the time went for a city tour with a local tour agency. And again, the city of Minsk is just like the other two – too interesting to spend there just a day or two… ! Unfortunatelly, we didn’t have even a day for touring this incredible place since in the evening we were to perform in a local jazz club – The Minsk Jazz Hollow but well, just in the late aftenoon we needed to prepare to the evening so the whole day of sightseeing was kind of crazy! We were non stop in a crazy rush wanting to see as much as possible! So, after quick but delicious Belarussian breakfast we set out! What impressed us the most was The Teardrop Island, The Divine Image of the Minsk Mother of God, The October Place and located there Republic Palace. And so on. Oh, wait! We’ve seen the National Palace as well – Belaroussian equivalent of White House. And again, the only think that we could complein of was the calk of time… Unqestionably, we must come back to Minsk in the future. Ok, the long we ended performing in this awesome jazz club with the best public that we could imagine! So many tallented people in one place? Only in Minsk! After the concert, young and old stayed for a jamsession. Playing with them was someting spiritual and obviously the reason why we must come back there in the future – in the near future to be more precis! However, the jam session was not the end of the day… the comming night promised to be long! Plenty of excellent jazz spots changed badly our plan to go early to sleep to be fresh and well-rested in the morening…. we were jaming hard throughout the night – the whole night!

One thought on “EASTERN EUROPE”